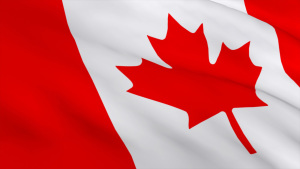 On behalf of our members, thank you Madame chair and members of this committee for giving our voices the opportunity to be heard today.

The Canadian Council of Imams was established in 1990 and is the only Canadian body that represents Imams from across the country.

Canadian Muslims are not new to Canada. The first Muslim child on record to be born in this land was born in 1854, over a decade before confederation. His name was James Love Jr., born to James Love and Agnes Love.

It was another 84 years until Canada’s first mosque opened in 1938. The building of the Al-Rashid Mosque in Edmonton was spearheaded by women who approached then-Mayor John Fry for land and raised the $5,000 needed to establish the mosque from Muslim, Christian and Jewish donors.

Today, like many other Canadians, the overwhelming majority of Canadian Muslims are grateful for the safety, prosperity and opportunities offered by our country that enable them to study, work, worship, raise their families, and enjoy all that our country has to offer while giving back in a relatively safe and equitable environment.

Yet, we see signs of trouble on the horizon. As it has been well established in the presence of this Committee, hate crimes against Muslims are on the rise. The heartbreaking attack at the Islamic Cultural Centre of Quebec City on January 29 of this year was the single most horrific mass killing at a place of worship in Canadian history. Aboriginal, Black, Jewish and Sikh communities, among others, also continue to be targeted in Canada.

It would be naïve, at best, to sit back and say that the government has no role to play in enhancing the safety, security and inclusion of minorities in Canadian society. After all, democracy brings with it the responsibility to protect minorities from the tyranny of the majority.

As imams, we often hear about cases of Canadian Muslim women being verbally harassed and in some cases physically attacked while going about their business. Such attacks leave deep psychological scars on their victims and on the broader Muslim community, leaving women afraid to go out alone. Children are not only bullied by their peers in schools, but as we saw in Peel Region in Ontario, Muslim children have been intimidated by protestors targeting schools simply because they had exercised their fundamental right to attend Friday prayer services at school. Friday is the holiest day of the week for Muslims and prayer services are held in the early afternoon. Unlike Jews and Christians, Muslims do not have their holy day off, and therefore, prayers need to be held at school during lunch hours to accommodate students who believe attendance at Friday prayer is mandatory for them as observant Muslims. Making them choose between praying and studying would be a form of systemic discrimination.

In our view, the growing climate of fear is fuelled by a few factors. First, violent radicals who claim to speak in the name of Islam, and against whom we continue to fight against ideologically and through cooperation with authorities, have been given legitimacy by some political leaders, authorities and the media by giving them the attention they crave and by accepting their misrepresentation of Islamic teachings as being true. Terrorists use publicity to instil fear as a means of furthering their agendas. Deprive them of publicity and you suck the oxygen out of their narrative. In practical terms, this means reducing coverage of terrorism trials and radical propaganda such as videos. Foiling of terror plots, including the one that was foiled after a tip from a Canadian Imam, should be announced and treated by authorities in the same way as other criminal activity. Doing otherwise feeds the violent radical ego and narrative.

Secondly, those who harbour hatred against Islam and Muslims, or against certain sub-sects within Islam, often use as examples actions by Muslims in other parts of the world, which are many times misrepresented, as a reason for fearing Canadian Muslims. Let us be clear: We are Canadians. We have and will continue to encourage the practice of Islam in Canada in a manner that does not contravene Canadian law and that is protected by the fundamental Charter freedoms of conscience, religion, freedom of thought, belief, opinion and expression. It is crucial that when speaking about Muslims or any other group in Canada, we base our discussions on the current realities as lived in Canada, because Canada is unique and the Canadian Muslim experience is unique. It must not be conflated with the realities of Muslims elsewhere in the world.

Haters generally prey upon those who are genuinely ignorant, spreading fear and mistrust, particularly through the Internet by highlighting isolated incidents or by misrepresenting facts. For example, a tragic family killing in Ottawa last year was determined by authorities to be a case of family violence involving clear evidence of mental health issues. It was not an honour killing. Yet, a radical Canadian media outlet not only promoted a conspiracy that the crime was an honour killing (which is un-Islamic), but even went so far as to visit the Islamic school where one of the victims once taught, and did so while children were present, intimated staff for supposedly covering up an honour killing, filmed outside the school and then posted the video on its website. Parents are now afraid that a follower of this website, who believes this false narrative of an honour killing cover-up, could end up attacking the school and their children. Yet, everyone appears to be helpless in stopping this type of fake news that can have very real consequences.

Racist and bigoted thoughts cannot be legislated, but actions can be. We believe that all Canadians, in particular community leaders and our elected leaders, have a moral duty to stem the rise of hate in Canada, which is clearly having a real negative impact on the lives of minority Canadians.

Therefore, we propose six concrete steps that the government and our elected leaders can take to address the rise of hate in Canada:

I’m sure we can all agree that our country is a great blessing that we want to continue to build and improve. For that, we must start with ourselves as individuals, and then as communities and as a nation. May God keep our country and its citizens safe, and may God make it safer and more welcoming for all.

CCI Statement of Support for the Uyghur People